Ohaeawai The first Battle of Ohaeawai in 1845 was near Lake Omapere and the second and more famous of the encounters was at the Ohaeawai Pa, west of the Ohaeawai township where St Michael’s Church currently stands. On both occasions, the British suffered massive losses. [100 of 250 British troops killed? note firing ports in the palisade]

Attack on Hone Heke's [designed by Kawiti?] pa at Ohaeawai defended by his allay Kawiti. The hill at the right being retaken by a detachment of the 58th commanded by Major Bridge, depicted charging up the hill. Earlier the British picket atop the hill had been overcome by a party of rebels who obtained possession of a British flag, which when flown later in the pa so infuriated the British forces commander Lt. Colonel Despard that at 3 p.m. he ordered the storming of the pa without knowing for certain whether his artillery had breached the walls. The complete failure of the assult on the unbreached walls and ensuing large toll of dead and wounded soldiers, with one third of the storming party killed within the first 5 to 7 minutes, led to the action being regarded as the New Zealand equivalent of the Crimean War Charge of the Light Brigade. In the 1859 published history The story of New Zealand it is said it was rumoured in London military clubs that after the Duke of Wellington read the despatches he was so annoyed as to remark that had NZ not been so far away he would have ordered Despard face a court-martial! Watercolour 25.5 x 43.2 cm. National Library of Australia, Rex Nan Kivell Collection NK1265. 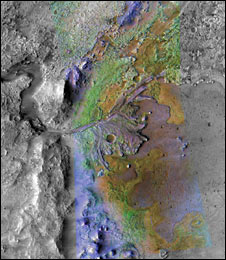 The other main factor is building heating. Cold climates are civilised, its well known, so the cultured will kill the lazy tropicals. (see scienceblogs.com/gnxp
below)

America is so addicted to oil that it will take years to ween ourselves from it. To look for new ways to feed our addiction is not the answer. Anyone who tells you this would bring down gas prices anytime soon is blowing smoke.

John McCain, who Schwarzenegger endorsed in January, recently became one of those people. He explained his sudden support for offshore drilling by arguing that it would be ""very helpful in the short term resolving our energy crisis." The Huffington Post couldn't find an expert who thought McCain's plan would actually provide short-term relif.


Slavoj Žižek
The true legacy of ‘68 is best encapsulated in the formula
Soyons realistes, demandons l’impossible! (Let’s be realists, demand the impossible.)

Today’s utopia is the belief that the existing global system can reproduce itself indefinitely. The only way to be realistic is to envision what, within the coordinates of this system, cannot but appear as impossible.

Slavoj Žižek, a philosopher and psychoanalyst, is a senior researcher at the Institute for Advanced Study in the Humanities, in Essen, Germany. He is the author of, among many other books, “In Praise of Lost Causes.”
bestcyrano

USA military Anthrax 2001
Daschle and Sen. Patrick Leahy, D-Vt., received the two most potent anthrax-laden letters last October. They were part of a series of anthrax letter attacks that killed five people, including 94-year-old Ottilie Lundgren of Oxford. Thirteen more people were sickened.
...................
nb Daschle was _not_ against the patriot act. Leahy was for it, then against the renewal in 2006

So it cant be said for certain that the anthrax letters were intended to help pass the patriot act 2001
nb wikipedia says :Both were identified in the media[4] as holding up the proposed Patriot Act because of concerns that some parts of it would violate civil liberties.
J Lancaster. Anti Terrorism Bill Hits Snag on the Hill. The Washington Post. Oct 3 2001
so maybe the scare worked. Remember the source was never found, but the anthrax strain was USA military

Permian extinction ...
reading Douglas Erwin 'Extinction' 2006
DE is cagey, like a good scientist to a fault, refuses to engage in Climate change polemics. Doesnt mention the O18 isotope findings that indicateg a 6 ° rise. The cause is not certain. DE doesnt like impacts, leans towards Methane from clathrates, although he thinks this would affect ocean only (?) The Siberian Traps at 7E6 km and 3-6km thick seem like a big deal, but not enough low C 13 unless they cooked a lot of coal in the process. I rather like that idea). The PT extinction was the only major extinction for insects. Everything took a long time to recover.
Fullerenes with cosmic He:Argon ratio evinced as impact evidence by some. I'm not convinced, even by big crater in Antarctica.
DE doesnt talk much about temperature, "cool wet carboniferous replaced b y Mesozoic fields and forests"....
Pangea equatorial drift ended "early Permian ice age... producing a warmer and drier global climate" - not climate warrior words.
errata: page 22 he gets the Permian Triassic boundary wrong? (cf correct on page 8)
Thenn he talks about "14 Gigatons" of Carbon in coal oil and peat (p165) which becomes 5,000 GTons on p175.
Because the observed carbon pulse (in carbonates?) was C12high "the carbon shift was not directly a result of CO2 released during the eruptions. (Methane is much higher in C12, so you only need 2,500 Gtons)
I got confused by 'Organic' vs 'Inorganic' limestone - isnt limestone made by organisms?

They show a massive shift towards the light isotope, carbon-12, exactly at the time of the big extinction. Pulses of carbon-12 in the geological record are usually indicative of a volcanic eruption or a large die-off (plants, animals and bacteria concentrate carbon-12 in their bodies and release it when they die). Both certainly happened at the end of the Permian. But the carbon-12 pulse is far too big to be explained by these mechanisms alone. Calculations of global carbon budgets have suggested that, even if every plant, animal, and microbe died and was buried, altogether they would only account for about one-fifth of the observed carbon shift. The Siberian Traps would have added another fifth. Where did the remaining three-fifths come from?
The extra carbon-12 was probably buried, frozen deep under the oceans in the form of gas hydrates. These are extraordinary accumulations of carbon-12-rich methane locked up in cages of ice at very high pressure. If the atmosphere and oceans warm up sufficiently, these gas reserves can suddenly melt and release their contents in a catastrophic way. The explosion of gas through the surface of the oceans has been termed a "methane burp". A very large methane burp at the end of the Permian could have produced enough carbon-12 to make up the deficit.
The cause of the burp was probably global warming triggered by huge releases of CO2 from the Siberian Traps.

Pig Whipworm Ova Found Active in Crohn's Disease and Ulcerative Colitis
May 19, 2004 (New Orleans) — Orally ingested ova of Trichuris suis, the porcine whipworm, has been found to be active in an open-label study of Crohn's disease, and in a small scale, placebo-controlled trial in patients with ulcerative colitis.
.."These diseases are extremely rare in less developed countries, suggesting that we're doing something different."
... 54 patients with an ulcerative colitis disease activity index (UCDAI) of 4 or higher ...drink 2,500 ova or placebo every two weeks for 12 weeks....a statistically significant 47.8% overall response rate to the ova compared with a 15.4% response rate to placebo (P = .002).
Helminths are parasitic animals that live in the gastrointestinal tract or bloodstream. "In less developed countries, 100% of children have worms in their gastrointestinal tract," Dr. Weinstock said. Helminths' effects on the immune system are long-lasting, with changes detectable a decade after the worms have been removed..
Dr. Weinstock noted that they could not study the human whipworm, T. trichiura, for ethical reasons, so they administered the porcine equivalent. When subjects swallow the pig whipworm ova, the helminths colonize the gut for only a short time, because they have not evolved to live parasitically in humans.

Thai Horror Film
A Witch doesnt eat raw meat
A Witch musn't pass beneath a clothesline
A Witch may pass on her knowledge, but must not accept payment
eatmybrains